Magic is dying, and the Magus is dying with it.

Harp is the daughter of the Magus and a swineherd from Barleytown to the South. She's around twenty-seven and has a seven year old daughter named Wren. Harp's mother disappeared over a year ago, but it isn't uncommon for Barleytown women to go wandering, so none have looked for her.

Fall of Magic is a quiet story game about the death of magic and the band of travellers who follow the Magus across the world to Umbra where magic was born to try to save magic itself. Harp is accompanying her father, Mazda the Magus, Caspian the thief and outlaw, and Fawn, the Elfar ranger across the country to seek out the land of magic.

Harp was introduced to the world by remembering seeing the Magus for the first time when she had brought a pig with her to market. A great storm that was coming was going to wipe out all of those birds in the menagerie, but the Magus appeared and silenced them with a gesture. I didn't know at the time that the Magus was Harp's father, that happened organically through play, but I did know she found that bit of magic beautiful, and now, as an adult, uses that same magic to calm and herd the sows that are her responsibility.

As play progressed, I learned that the town that Harp came from, Barleytown, is a matrilineal society where men are visitors but never linger longer than a year. The women, like the sow they lead to the field to mate with the boars, take lovers as they will. Male children eventually leave, the female stay. Harp inherited her farm from her mother, and raised her daughter on the farm.

Initially, I wanted to play a fairly quiet character who was a little naive and a little curious and uncertain as to why she was part of the group. Within the first scene, another character gave me the tag +Fierce, and at that moment, Harp began to take more shape. She wasn't quiet and confused, she was Fierce. And Fierce, to me, meant she took no prisoners, spoke her mind constantly, and demanded truth from those she knew. I wrote down "says first thing that comes to mind" and "asks inappropriate questions."

Partly these traits came from playing her, and partly they came from what I thought a woman in a world largely without male influence who is forceful enough to herd sows and their piglets would be like. Her daughter is a regular hurricane of a seven year old. Every woman we've seen from Barleytown has been fairly fierce and independent. None of this was planned, this just happened in play.

Play has now progressed through four episodes. My straightforward farmer has become a woman whose daughter is the child of Torbar, a warlord mage who was killed by Caspian, one of the party members. Torbar came back to life, and Harp sacrificed her last piglet, Temperance, to bring him fully back to life. I still haven't figured out why. When asked, I said "because of love" and have painted this happy portrait of the two of them before his sudden disappearance. That, and their child has powerful magic within her, as the grand daughter of the Magus and daughter of warlord mage.

Harp has also sacrificed her own magic to have herself no longer bound to Torbar. When the Elfar, Fawn, stabbed Torbar, Harp bled instead of the mage, and she panicked worrying that it would also harm her daughter. So she spent her last magic to have the ghost of her mother unbind her from Torbar.

In the last episode we played, we've been in a ship sailing to Umbar. We only have probably one more episode to go before Harp's story, and everyone else's, is done. This episode Harp bonded more with Caspian and Fawn, reaching a point of exasperation after she revealed her darkest moment, whens he swore to Torbar she'd murder their child just to eliminate his last traces of magic and who he was from this world if it meant stopping him. She stumbled out of a crystal and fell into a bunch of golden water that Caspian was investigating.

The two called each other on their misery and identity. It was a good moment for the strong headed women. I really enjoyed feeling clueless when Caspian asked Harp "Why don't you create a new identity for yourself if your magic was taken?" Harp didn't have an answer. It's left me with some questions for her tonight.

As for Fawn, Harp keeps reaching out to them, in an attempt to make them feel more connected to the human world since the Elfar one is fading. But  her willingness to do that keeps waning as she feels the strain of her involvement in Torbar and Fawn's habit of secretive behaviour. I've kept pulling Harp back from being attracted to Fawn because it doesn't seem like something important or interesting the story, although partly I've always been wanting to push there. Mostly because Harp tends to treat attraction very casually.

My challenge to play Harp as a not-sad girl (a trademark of mine) hasn't been going the greatest. I've been playing her as fierce and forceful, loving her life, but since the game started, things have gotten so complicated she's feeling rather defeated. Next episode, I'm hoping to see Harp find the reason Torbar needed to come back, integrate that to saving or not saving magic, and save the world. Mostly, I personally think she should do this by helping Caspian save magic. Because Caspian is the hero.

I would like to see her return to her sense of identity and self after the game is done, and remain still fierce and powerful. I don't want her to lose that fieriness that she's been known for so far, just because the world has changed and she's lost so much. I play a lot of characters who are deeply impacted by what happens to them. I want Harp to be a little too resilient, a little too unrelenting. I want her to be the port in the storm rather than the docks that have been blown apart.

Popular posts from this blog 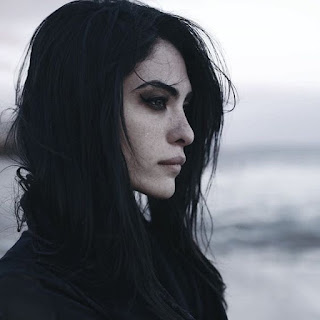 Magic is dying. There are so many magical creatures in the world, and they too, are dying. They draw their last breaths and no one bears witness. They seek refuge in the few small magical places left in the world. They hide. They need protection and safety.

Ellamura is a scholar from the prestigious school in Istallia. She has no magic of her own, but is a kind of zoologist of magical creatures. Despite appearing as a proper scholar, she's the first to get her hands dirty, to know how to camp, and to seek out magic nearby. She travels with a swineherd, a giant, and a fox. None of them are especially talented or useful.

Of all of them, Ella seems to be the only one who understands what it means that magic will die. The others, lost in their own daydreams of life and death, scare her. She knows magic will die and there is nothing they c…
Read more

Campaign: Fawn the Midwife of Barleytown 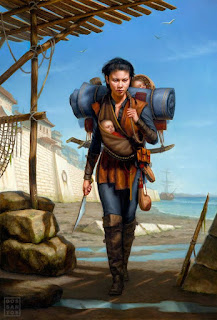 Character: Fawn, the Midwife of Barleytown
Game: Fall of Magic
Episodes: 1
Theme Song: Breath of Life by Florence and the Machine
Quote: "Human beings are not born once and for all the day their mothers give birth to them, but life obliges them over and over again to give birth to themselves."

Two of my friends hadn't play FoM. So naturally I offered to facilitate a game for them. But I had played almost all the roles available. We had five players, a hefty group, and I let everyone else choose first. So that when Barleytown was the only option left, I had already played a Hero and a Swine-Herd (best one btw). So it was midwife.

But I didn't want Fawn to be a traditional maternal guiding midwife. I'm a doula, so in real life I deal with midwives a fair bit. Instead I wanted someone who was somewhat masculine and intimidating, even though the rest of the party are all men. I didn't want the only woman to be a w…
Read more 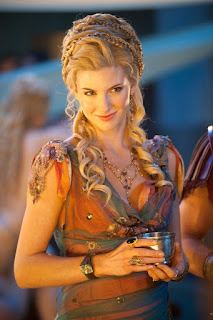 A long time ago, some vain prophet declared that the Stormsworn would come across the land to conquer Iriya and Andar. So determined were the Iriyans that fate and destiny be true that they saw a conqueror in a potential friend, and war broke out. The Stormsworn, with their preternatural grace and ephemeral, cloud-like bodies, conquered Andar without a struggle. Then they came for Iriya. As it had been predicted, so it would be.

The ardent love of Destiny, and it's religious and cultural importance, was the focus of our game of Before the Storm. We had fate weavers, people who spun to tell the story of fate, and who could manipulate fate (secretly) with their weaving. All of the characters in our game were from Ardan or Iriya. Except my character. My character was a captured royal from the Stormsworn. She was beautiful, dan…
Read more

Bluestockings
A story focused, intersectional feminist and rpg enthusiast, with 16 years of GMing experience, a coordinator of Toronto's largest gaming group, and a generally congenial person.